A lot of things happened. Here are some of the things.

Jumping The Gun Just A Tad

The campaign of Larry Elder, the hard-right radio host who’s been leading the pack of Republicans working to unseat California Gov. Gavin Newsom (D) in today’s recall election, is promoting a website that curiously already states the results of the election even though it, uh, hasn’t started yet!

“The leading Republican candidate would not commit to accepting the results of the election” pic.twitter.com/qyMGyqoKD8

Get TPM in your inbox, twice weekly.


Your subscription could not be saved. Please try again.


Your subscription has been successful.

The U.S Capitol Police is “aware” of “concerning online chatter” about the upcoming rally in support of the Jan. 6 insurrectionists this Saturday, the agency said yesterday.

In Case You Missed It

The House Jan. 6 select committee included ex-White House chief of staff Mark Meadows in its record preservation request to telecommunications companies, according to the Guardian.

Senate Democrats Come To An Agreement On Voting Rights

An Eyebrow-Raising Pattern Lurking Behind The Critical Race Theory Hysteria

Many of the school districts dealing with outrage over what conservatives have claimed to be “critical race theory” have seen major increases in diversity in recent years, an NBC News analysis found.

A Congressional Hearing Gets Spicy And Sort Of Weird

During a House Foreign Affairs Committee hearing with Secretary of State Antony Blinken yesterday, Rep. Gerald Connolly (D-VA) swiped at Rep. Joe Wilson (R-SC) – aka the infamous “you lie!” heckler at Obama’s 2009 State of the Union address – after the Republican falsely claimed Biden was allowing “identified terrorists” to enter the country at the southern border.

Connelly responds to Wilson by bringing up his “you lie” outburst from Obama’s SOTU address pic.twitter.com/0mNa74ROOz 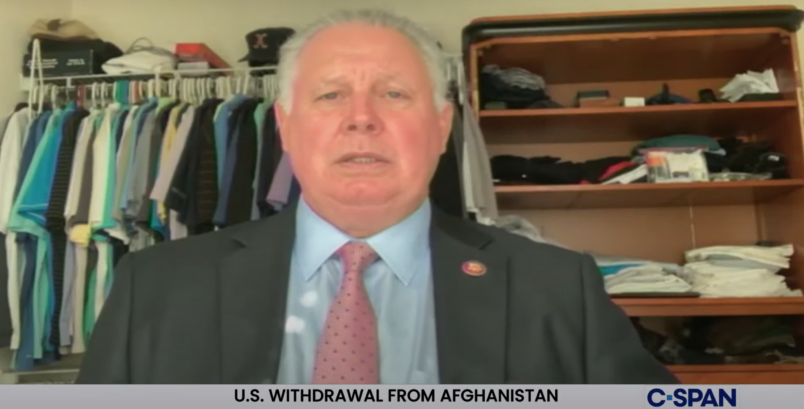 Fox News host Tucker Carlson flagged rapper Nicki Minaj’s, uh, “warning” against taking the COVID-19 vaccine that claimed her cousin’s friend’s “testicles became swollen” after getting the shot and had to call off his wedding as a result. Bet you thought I was kidding, didn’t you?